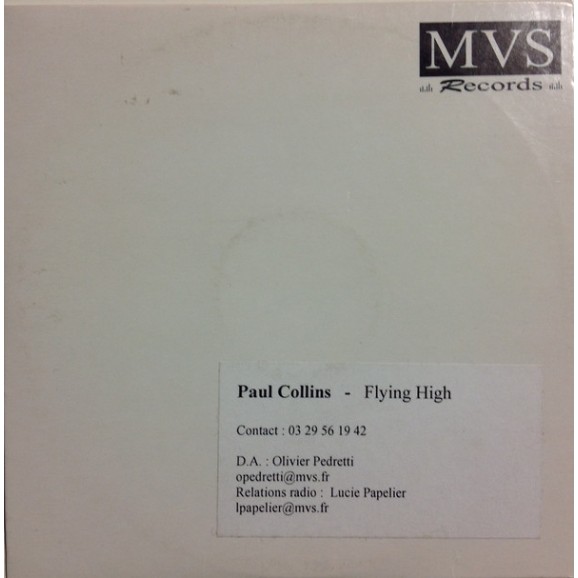 "Flying High" is the first album of new material from Collins in more than a decade. The songs are carefully constructed, nearly all of which have something special to offer. “Rock ‘N Roll Shoes”, co-written with a since-deceased friend Neil Grossman, has the stinging guitars and soaring harmonies of British Invasion pop, while “Paco & Juan” channels a little of Mark Knopfler’s dark romanticism. “Bobby”, written about a childhood friend who died in a mental institution, is the darkest song on the album, an unsentimental reminiscence set to folk guitars. But there’s plenty of sunshine here, as well. “Afton Place” rings out with Kinks-like chords and sweeping choruses, and “Silly Love” is a countrified ode to no-strings hook-ups. ("Let’s not get too deep/Let’s not talk too much/Let’s have a cocktail/And then make love.") This is not the kind of album that changes anyone’s life....it’s just good, relaxed fun, from a guy who’s forgotten more than you’ll ever know about chord changes. Popmatters